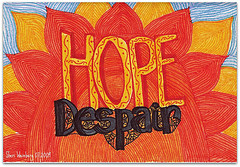 Whilst many people are becoming more familiar with the term bipolar disorder, many may know it by its old name of manic depression.

Bipolar disorder is a mental illness that touches on the extremes of the emotions and in turn can result in some strange behaviour by those who have this disorder.

It is quite normal, as you would well know, that our emotions rise and fall. We can feel sad, we can feel elated, we can feel inbetween. For the bipolar person, the emotions tend to rise and fall well beyond the range of the “normal” person. So people with bipolar can fluctuate between the extremities of elation, known as mania or hypermania and the other side of the coin which is depression.

Bipolar can be difficult to diagnose as people don't usually present themselves for medical assistance in the height of a manic phase. They are generally feeling too good, at least with hypermania anyway. People in a full blown manic phase will obviously be unwell to others around them and intervention is usually sought.

But for the most part, the bipolar person presents at the doctors with a bout of depression. The way our medical system is these days and the pressure on doctors, depression is what is usually diagnosed and appropriate anti-depressants prescibed. The anti-depressants usually fix the depression, but the individual then swings to a high.  This can go on for quite some time until specialist psychiatric services are sought who do a full assessment and diagnose bipolar disorder. When this happens, the anti-depressants are usually stopped and mood stabilizers are introduced in their place in an attempt to limit the extremes of the emotions and bring them back within acceptable ranges. 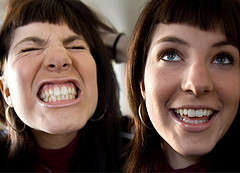 Bipolar disorder is a complex subject and all people tend to present differently. Whilst there are many symptoms, not all will necessarily apply to each individual. This can be why it can be difficult to diagnose. That said, psychiatrists are skilled at doing so and if you are being treated for depression and it's coming and going with periods of highs inbetween, then perhaps you need to consider asking for a referral to see a psychiatrist. 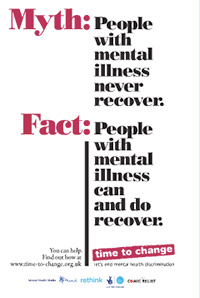 The Healthy Minds Committee is auspiced by the Loddon Shire Council and therefore has the ability to raise issues at State Government level. Ultimately, it is the Victorian State Government that has responsibility for the availability and type of mental health services in Loddon and beyond.

In addition to the committee, there are Mental Health Support Groups in the Shire who provide information and raise issues concerning them about mental health in an overall capacity. The committee will then deal with these issues at an appropriate level and seek to have them resolved or acted upon.