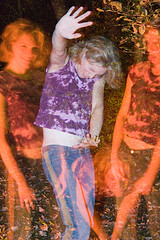 Schizophrenia is possibly one of the most misunderstood mental illnesses by the general public. People often think of this mental illness as split personality, whereas this is not the truth. Such perceptions are totally mythical.

Schizophrenia most commonly develops in the 18 to 25 year old age bracket with its actual cause being unknown.  Common symptoms are are delusions where a person believes something despite all evidence to the contrary. They may believe they are a different person and behave as they would see this person behaving. It is also common for people with schizophrenia to hear voices that nobody else can hear. These voices may well instruct them to behave in certain manners as well. This symptom is often referred to as hallucinations and in addition to hearing voices, a person experiencing such things may also see, taste or even feel things which aren't really happening although they will be completely real to the person involved.

When these types of experiences occur, it is known as a psychotic episode and requires immediate treatment.

Like other mental illnesses, schizophrenia can be treated and people afflicted with this mental illness can live reasonably normal lives given appropriate management and medication.

For more information about Schizophrenia, visit the following links:-